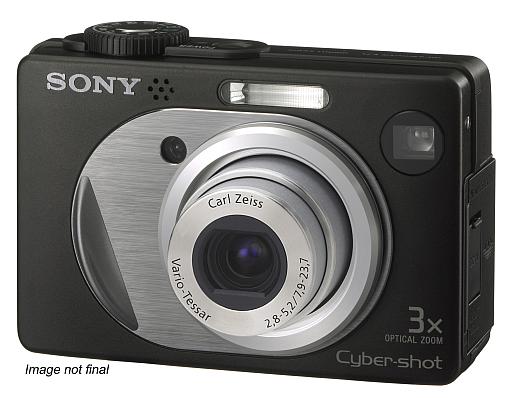 LAS VEGAS (PMA 2004, Booth M30), Feb. 11, 2004 - Once you play with Sony's new five-megapixel Sony Cyber-shot DSC-W1 camera, you will realize the adage of not judging a book by its cover also applies to digital cameras.

Available in May for about $400, its small size (a little larger than a deck of cards) belies the performance within, which is largely attributed to the inclusion of Sony's new Real Imaging Processor circuit. Designed specifically for the special tasks of digital cameras, the new processor aids in fast camera response times and extended battery life with up to 340 shots between power charges.

Either as a step-up model for those who have tried digital photography or those who are looking to cross-over from film cameras, the Cyber-shot W1 camera allows users to explore the possibilities of photography digitally.

`Turn the camera on and the telescoping Carl Zeiss® Vario Tessar® 3X optical zoom lens fully extends in about a second, and the large 2.5-inch color LCD screen comes to life-signaling that the camera is ready-to-go. For those wanting to frame a shot at eye-level, the optical viewfinder is also available.
Once on, the Cyber-shot W1 camera focuses and shoots full-resolution images in a little over one second intervals, and can capture TV-quality resolution video clips up to the capacity of an optional Memory Stick PRO™ flash media card.

Sophisticated Yet Simple
The W1 is built for photographers who want to capture great images through a host of automatic features to help balance light and exposure, but who also want the option to manually control the picture-taking process. Among the appealing features are:

Multi-Pattern Measuring: Independently meters the light in 49 points of the frame to establish the optimum exposure, even when highlight and shadow aren't centered in the frame.

Manual Exposure Controls: Flexible exposure control in which shutter speeds from 30-1 1/1000 seconds and apertures of f2.8 - 5.2 can be selected.

Live Histogram: The live histogram displays number of pixels at each luminosity, making it easy to evaluate correct exposure for each shot.

Auto Fill Flash: When the subject is backlit or in shadow, the fill flash automatically fires to provide optimum exposure.

Preset Scene Modes: With 6 scene modes, parameters can be matched to the shooting conditions, including: Twilight, Twilight Portrait, Landscape, Snow, Beach and Candle.

Conversion Lens Adapter: The outer ring of the camera's lens can be removed so that the camera can accommodate various conversion lenses. 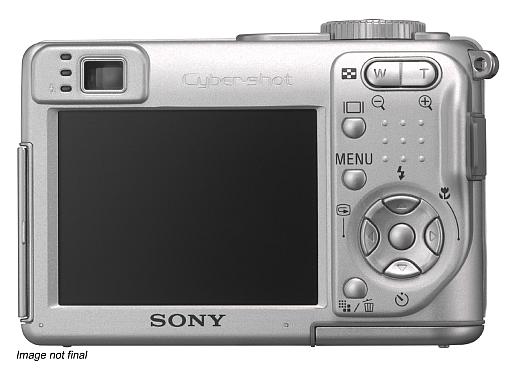