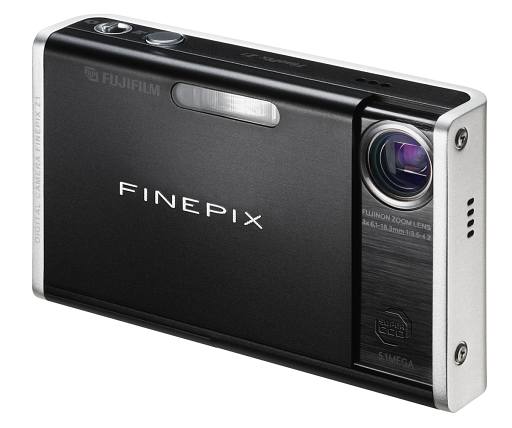 Valhalla, NY, February 8, 2005 - Fujifilm has a history of developing digital cameras that look as stunning as the pictures they take. Today, the company added to its fashionable digicam legacy with the introduction of the 5.1 MegaPixel FinePix Z1, a slim and stylish digital shooter that is the perfect accessory for a night out on the town.

The saying goes that one doesn't get a second chance to make a first impression. That shouldn't be a concern with the FinePix Z1 as its sleek and strong all-metal body is sure to draw attention. Available in two colors -- a deep, sophisticated black and a stunning brushed silver -- the FinePix Z1 is as trim as they come in the world of digicams, measuring a mere 18.6 millimeters thick - thinner than a deck of cards. This slenderness, which is possible thanks to a non-extending, refractive 3x optical zoom lens, allows the camera to stow easily in a pocket or small handbag for quick access when those special moments with friends occur.

Nighttime is the Right Time for Taking Pictures with the FinePix Z1
Taking pictures when out dancing or at dinner does present challenges to a digital camera, as many of these picture-worthy moments occur in very low light. Low light calls for higher, more light-sensitive ISO settings, which can lead to "noisy", grainy pictures or blurriness when a camera's shutter stays open in order to bring in more light.

The FinePix Z1 is up to the low light challenge thanks to a new technology developed by Fujifilm's skilled engineers. Called Real Photo Technology, this breakthrough links the
camera's 5th generation Super CCD HR sensor with a new, advanced RP Processor. The results are pictures taken at ISO settings as high as 800 (in full resolution) with reduced noise and extra sharpness. This higher sensitivity also enables higher shutter speeds, which helps minimizes blur.

Another benefit to the Real Photo Technology is speed of operation. The Fujifilm FinePix Z1, with its smooth and curvy bodylines, looks fast and it performs to type, going from off to on in an incredibly fast 0.6 second. Shutter lag, the time it takes for the camera to fire after depressing the shutter button, has been reduced to an almost negligible 1/100th of a second. The camera also has a high-speed shooting mode that speeds up the exposure and focusing processes, automating the capture of moving subjects and ensuring that even the most unexpected moments can be captured in famous Fujifilm color.

The FinePix Z1 has a sizable LCD (2.5 inches), great for sharing just-taken pictures with friends or family. LCDs were designed chiefly for the review of photos, but they have increasingly become the primary scene-framing tool of many consumers -- even though many lament over their performance in low-light situations. To combat this and improve low-light performance, the LCD of the FinePix Z1 has a gain-up function that improves the brightness and quality of the image in the LCD. With this feature FinePix Z1 picture-takers can preserve the mood of any scene, such as keeping the lights off when the birthday boy or girl blows out the candles.

Fujifilm also improved the toughness of the FinePix Z1's LCD by giving it a reinforced glass coating that is 35 times more resistant to scratches than previous models. This is a feature consumers have asked for in cameras without optical viewfinders, keeping it free from damage as the camera is repeatedly pulled from pockets and handbags.

Regarding the issue of LCD-only scene capture on the FinePix Z1, Ron Gazzola, Marketing Manager for Fujifilm's Digital Devices Division, commented, "Fujifilm U.S.A. conducted extensive consumer research concerning LCDs and our findings showed that with a palm-sized
camera, consumers feel comfortable framing their pictures solely with a LCD as long as the monitor is large, durable and performs well in low light. The advanced LCD of the FinePix Z1 has it all and should be an attractive feature on an already attractive camera."

Fuji Photo Film U.S.A., Inc. is a subsidiary of Fuji Photo Film Co., Ltd. and delivers technology solutions to meet the imaging and information needs of retailers, consumers, professionals and business customers. As a global leader in digital imaging, Fujifilm pioneered the development of digital medical systems, and today is the leader in digital minilab systems. The company was ranked in the top ten for U.S. patents granted during the last decade, employs approximately 73,000 people worldwide and in the year ending March 31, 2004, had global revenues of more than $24 billion.

For more information on Fujifilm products, consumers can call 800-800-FUJI or access the Fujifilm USA Web site at www.fujifilm.com.

All product and company names herein may be trademarks of their registered owners. 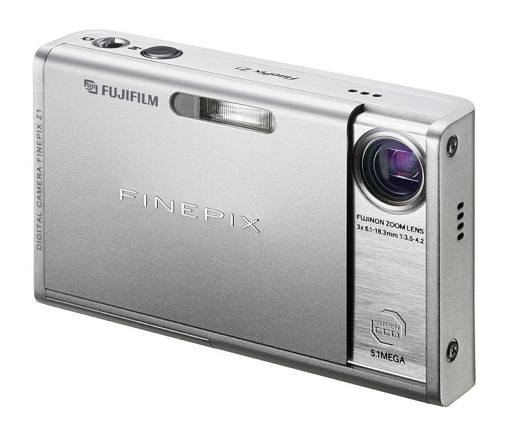 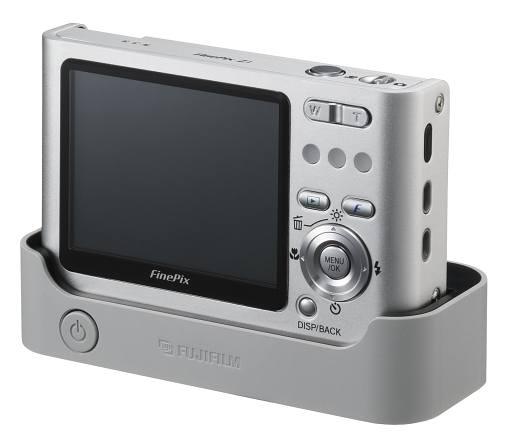